Fortune and opportunities always can be seek in the danger. East Ocean Wraith Sprite Gate of the three restrict areas in Fortune Star outside. It will open every 5000 years. When opened, every sect will send their disciple to enter and catch the ancient monster. It always means trial, battle and war. Once entering, you will face the most serious danger. However, danger is always accompanied with fortune! The Wraith Sprite War of Legend of Wuxia is a mixture of classical 8v8 fighting mode and multiple battle play, in which you can enjoy the warmblooded fight and provoked athletics.

Cross-server Flag is opening, and the new battlefield is online!
No matter who you are, the new Wraith Sprite War is your best choice to promote yourself. We promise it must be attractive and enjoyable. Wraith Sprite War will intelligently match the all sever players. Every 16 players are divided into 2 part, and every part have 8 players.

There are Wraith Sprite Chest at 4 corners of the main battlefield after entered. Once it is robbed and transported to the part target, the chests will be refreshed.

When the sum of two part Wraith Sprite Value reach a number, Fire Phoenix Wraith appears. The monster belongs to the part that has contributed a higher amount in this waken. If the contribution is the same, it belongs to the part with the lower grade of the current part. If the current part has the same grade, it belongs to the camp with the low total combat power. The total combat power is also the same, then one party is randomly selected. Players in another part can be killed and blocked. After the monster is killed or captured, the Wraith Sprite Value of two parts are cleared.

Fight against to break through the limitation
Rob the chests, escort the monsters, it seems easy but it’s seriously dangerous in fact. Real battle will always burst out in the road of sending back the chest and killing the monster. Every player killed will drop a chest. Another player picked chest will increase the grade for your part. Higher grade means higher win rate. When a part get 1000 grade, they get victory and the event is finished. If the event time is end without any 1000 grade part, the victory will belong to the highest part.

So, it’s not one person fight. The significant thing is how to reach agreement and teamwork. Here, you will fight against with the best player from all sever and face a test of your lead and athletics ability. Have fun! 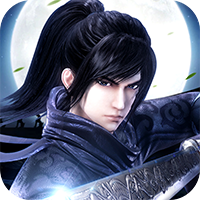 All rights reserved©2012-2020 Please avoid indulging in the game